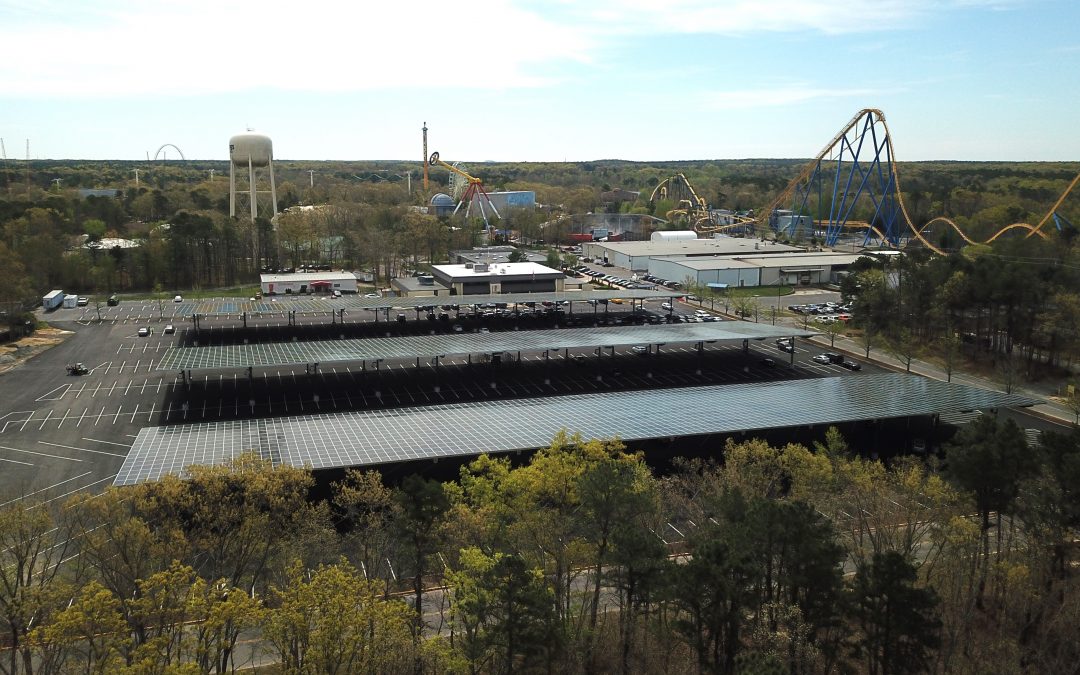 “This is a thrilling day for our company. This project represents a giant step toward becoming a net-zero carbon facility,” said Six Flags Great Adventure Park President John Winkler. “Clean energy is right for the environment and our future, and we look forward to decades of environmental stewardship with our partner, KDC Solar.”

Key features of the solar project include:

As conservationists for 45 years, Six Flags Great Adventure has cared for more than 70 different species of animals, including some that are endangered and even extinct in the wild.

The Jackson theme park recycles more than 60 percent of its annual waste, including manure, paper, plastic, wood and mixed garbage. In addition, it has been converting to recycled furniture products, such as tables and park benches comprised of recycled plastic. The theme park eliminated the use of paper towels in favor of energy-efficient hand dryers and is firmly committed to other energy-saving programs.

“We are continually searching for new ways to operate more efficiently and enhance our role as good stewards of the environment,” Winkler said.

“Six Flags demonstrated its unwavering commitment to clean, solar power by its steadfast partnership with us throughout this process,” said President and CEO of KDC Solar Alan Epstein. “This groundbreaking project perfectly aligns with both Governor Murphy and the New Jersey Senate and Assembly’s support of renewable solar energy. We look forward to a long, continued partnership with Six Flags Great Adventure.”

Six Flags Entertainment Corporation is the world’s largest regional theme park company and the largest operator of waterparks in North America, with $1.5 billion in revenue and 26 parks across the United States, Mexico and Canada. For 58 years, Six Flags has entertained millions of families with world-class coasters, themed rides, thrilling water parks and unique attractions. For more information, visit www.sixflags.com.

KDC Solar supplies commercial, industrials and governments with significantly lower long-term electric costs through solar power. KDC Solar is supported by an allocation of $225 million in equity from Diamond Castle Holdings, a New York-based private equity fund with more than $1.8 billion of committed capital under management. KDC Solar is committed to using clean solar energy to provide economic stimulus and jobs. It currently owns and operates more than 76 megawatts of solar facilities at 15 different locations and is constructing and permitting 42 megawatts of solar projects at businesses and institutions throughout New Jersey. For more information, visit www.kdcsolar.com.